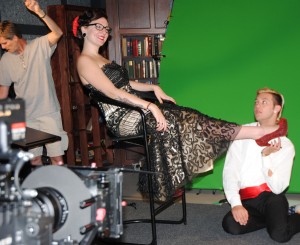 Because Scott McGinn and Steve Hancock are the only 2 permanent members of FD AUTOMATIC, I had to consider casting other faces (and feet) in order to give the Red Shoes video some visual interest.

My dear friend Linda Krannebitter (I affectionately refer to her as Mom-Mom) acted indirectly as casting director. When I told her of my intention to make the video, she immediately offered up Meagan Tackett and Joe Gebbia as actors.

Of course, neither Meagan nor Joe had done anything like this before, and I hadn’t met either of them. However, after seeing their photographs, I knew they would be perfect.

Both signed on right away – although Meagan was the most nervous. Needless to say, she was probably the one who had the most fun during the shoot!

It was impossible to take a bad picture of either of them, and both took direction easily and without questions. Although I do believe Joe wanted to strangle me for having to wear the evil red shoes, but like a professional, he did it and he did it with flair.

I think both of them have a future in the business should they choose to pursue it. 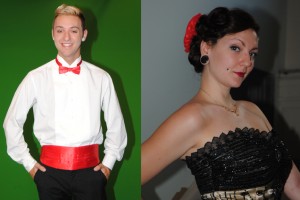