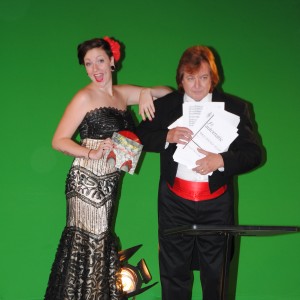 For those of you who are familiar with the musical career of Scott McGinn, you already know that the story didn’t end with the breakup of Face Dancer. With the help of two former FD members (DJ Long and Billy Trainor) the synth-pop group Growing Up Different made a big splash, released a record, but – like a lot of other really really talented Baltimore bands – couldn’t grab the brass ring.

Oh. They also made a video. “Watching in the Moonlight”. 1985. I know. I directed it. Click on the “Movies” tab and you can watch it on Youtube. “Noir” is the word I would use to describe it. Dark, sensual and unbearably sad now since the young boy Charlie Keating died a mere 8 years later from Leukemia at the tender age of 22. (Ironically, I myself would have a rendezvous with Leukemia in 2009, but that’s a story for another time.)
Shortly thereafter, Growing Up Different called it a day. Scott moved on to the next phase of his career; and I moved on to mine. The “Lost Years” we would later call them.

With the help of my best friend Sean Paul Murphy, I resurfaced in 2005 as a screenwriter in the faith-based movie business. Sean and I knocked out about 1 movie a year for the next 8 years – which kept us in the frying pan, but mercifully out of the fire.
Except I wanted to be in the fire. I wanted to be a director again. For one last time.
Re-enter Scott McGinn.

“Would you be interested in making a video for a new version of ‘Red Shoes’?” he asked. This was the equivalent of asking me if I was interested in going to the moon. (Yes, please.)

Scott was well aware that he was asking a director who hadn’t directed anything in almost 30 years to get back in the director’s chair. Could I still do it?
The game had changed. Digital cinema they now called it. No film. No tape. Just digital files on a computer hard drive. Well, it couldn’t be THAT different – could it?

Fortunately, I am blessed to be surrounded by some of the most talented and capable people that a person could hope to find: David Butler as the cameraman and Sean Paul Murphy as the editor. With these guys – nothing to it! All we needed was a green screen. And some other things…